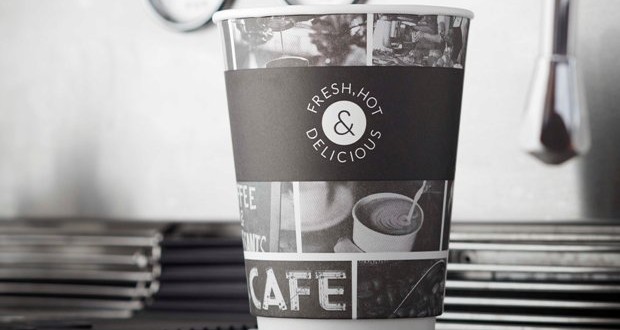 A uniform air gap provides consistent insulation over the entire surface of the cup.

Huhtamaki said the ‘Café Life’ stock design has been created to help convey the superior print quality offered by the cups’ smooth exterior, and gives the cups a sophisticated appearance.

The new range is made with 100% PEFC certified paperboard and is fully compliant with the EU Timber Regulation No. 995/2010, and can be collected and recycled via the Simply Cups scheme.

Parkside has helped to develop a protective packaging solution for the transport of high value, delicate items in a compact format. 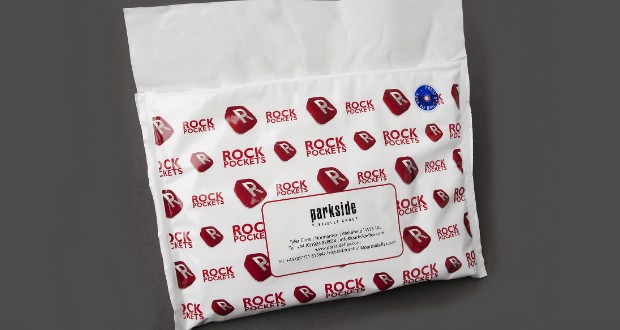 Parkside. Rockpocket, developed in conjunction with a technology partner, is a flexible laminated bag that contains polystyrene beads between its outer layers. A vacuum extraction pump is applied to the pack to evacuate the air between layers, which creates a solid pack that protects goods from damage during transit.

Developed over several months by the Advanced Packaging Expert (APEX) innovation team at Parkside, Rockpocket is available in multiple sizes and offers a lightweight and compact solution for the transportation of items.

Steve McCormick, new product development director at Parkside, said: “More people than ever before are shopping online and Rockpocket offers the ideal solution for online retailers who want to ensure their customers receive items in perfect condition.

“The design is totally versatile, creating a protective packaging around any shape of item and we can print bespoke high definition graphics and branding on pack to meet customer requirements.”

Many secondary and security packaging solutions that offer full product protection are a combination of several packaging materials such as boxes, void fill and bubble wrap. Rockpocket, however, is a ‘one pack fits all’ solution, requiring no additional packaging and eliminating the need to over-pack products in order to achieve a high level of protection. Packaging waste is reduced significantly as a result.

The outer film is manufactured from recyclable LDPE or PET and the pack itself is made from up to 90 per cent air, reducing transportation weight and the associated carbon footprint and costs.

As no assembly is required, the design speeds up the packing process and its flat edges enhance ease of packing and stacking.

Tamper proof sealing tabs and document windows can be incorporated into the pack design, as well as track and trace features such as an RFID tag or embedded image.

To enhance its environmental credentials further, Parkside is developing a valve less Rockpocket pack that will be made from 100% compostable materials, enabling the pack to compost at the end of its service life.

Paula Birch, Parkside’s head of sales commented: “Brands understand the importance of their packaging in the online retail world and the “moment of truth” is often disappointing today, which consumers are happy to share on social media. Goods are often over-packed in dull secondary packaging materials, wasting valuable communication opportunities and consumer engagement. The branding and packing efficiency opportunities that Rockpocket offer are significant and a number of online retailers are exploring it for their next generation packaging solution as a result.”

Sonoco Consumer Products Europe has teamed up with Vegeplast to launch the Vegetop container with a special shaker top made of organic, compostable plastic. 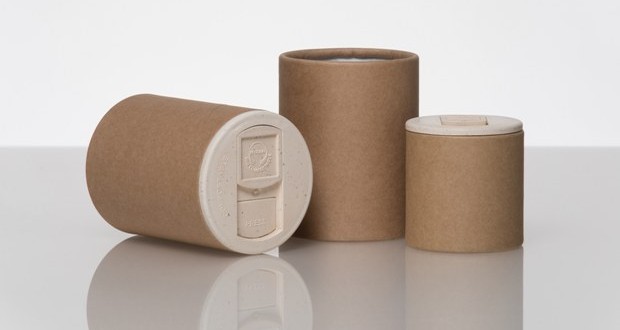 Sonoco, the rigid paper, plastics and closures firm is using a specialist for injection-moulded and biodegradable plastic from Vegeplast, boosting its sustainability credentials.

The container is made of recycled paper with a robust paperboard base featuring a product-specific inner coating.

“We can now offer our customers a rigid paperboard container that sets new standards in environmental friendliness,” said Sébastien Fabre, sales manager at Sonoco. “The Vegetop® cap and our containers offer a perfect combination. The body of the container is recyclable and the plastic lid is 100% compostable.”

Rolf Regelmann, director of sales and marketing at Sonoco Consumer Products Europe, added: “Today’s consumers place increasing importance on environmentally-friendly packaging. The rigid paperboard containers with Vegetop meet these expectations without compromising on visual appeal. Our Vegetop containers stand out at the point of sale and are extremely convenient for consumers thanks to the practical shaker top.”

UK packaging recycling, the Environment Agency has confirmed that the annual obligation for the amount of packaging waste recycled in 2015 has been met with the help of carry from 2014.

UK packaging recycling Carry it refers to recycling that has taken place in December of the previous year but held against the current years recycling target.

Recycling figures (excl. carry in) show that 8,476, 729 tonnes of packaging waste was either reprocessed in the UK or exported against a target of 7,487,312 tonnes.

Glass achieved its overall target with a 40,483 tonne surplus in glass remelt against a target of 1,035,167. Glass aggregate however only managed to produce 501,162 tonne return with a requirement of 537,080 tonnes.

Plastic which experienced an incredibly volatile year only met the obligation target with the help of a 65,444 tonne carry in from 2014, coming in at 891,141 tonnes against a 916,451 tonne target in year.

Steel fell agonisingly short in what was again very difficult trading conditions, achieving 363,927 tonnes on a target of 364,477 tonnes all be it with 23,948 tonne carry in acting as a buffer.

Speaking on the 2015 Q4 supply figures Andrew Letham, sales and marketing manager at The Environment Exchange, told, the most notable returns was in plastic, where despite tough trading conditions there was a 23% increase on Q3 at 263,055 tonnes, the largest return ever seen in plastic. He said the 2015 figures brought some ‘staggering’ results in what were very difficult trading conditions.

The Environment Exchange said as new targets were confirmed alongside the budget, the agency recognised difficulties in plastic and reduced the increase from an intended 5% to a 2% increase until 2020. However, demand is still going to be higher than 2015 with a 35,000 tonne reduction in carry in.

Letham said: “If we continue to produce returns as seen in Q4 then we will ease past the revised targets but one would suggest that it should be taken as the exception rather than the rule,”. “Glass will be frozen at 77% with a 1% increase per year up to 80% which should see us achieve target this year but we will get further information on the 22 April with the release of the Q1 supply figures for 2016 when we will see if the current feeling of relative comfort in the market across all materials is to continue.”