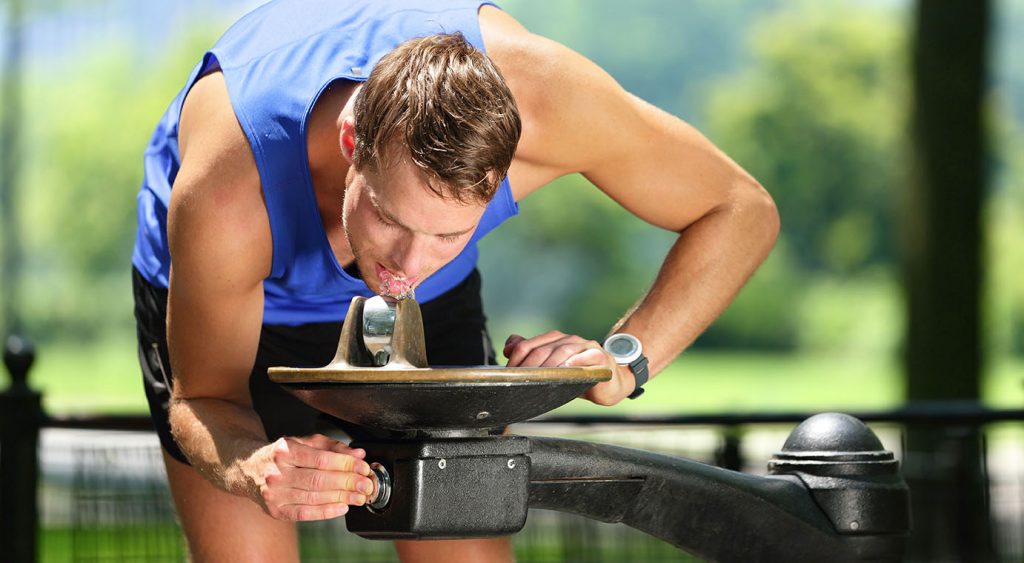 London’s Borough market has claimed that the introduction of free drinking water fountains is a big step towards the area becoming “plastic free”.

Three water fountains have been placed around the market and each has two streams of water to drink or fill up a bottle. Plans are currently in place to produce Borough Market refillable bottles made from recycled plastic that can be purchased from stalls around the market.

Borough market intends to phase out all sales of single use plastic at the market over the next six months.

Darren Henaghan, managing director of Borough Market, said: “It’s great that people are increasingly aware of the health benefits of keeping hydrated, but we’ve been troubled to see increasing numbers of plastic bottles used every day, which damage the environment and add to litter.

“By using the new Borough Fountains our visitors will be able to refill and refresh without having to buy a plastic bottle each time.  We are proud to take this significant step forward as part of our ongoing commitment to making Borough Market Britain’s greenest place to shop and hope that others will follow suit.”

This guidance document “The assessment and classification of waste packaging” was developed by trade associations representing companies operating in the chemicals supply chain that uses packaging.

The guidance will also support companies in the context of resource efficiency and the concept of the circular economy.

In a speech to WWF on 21 July, Environment Secretary Michael Gove promised to tackle marine plastic litter as part of a renewed waste and resources strategy. Green Alliance said Gove’s announcement that microbeads will be banned from rinse-off products later this year is a step forward, but it will tackle less than 1% of the problem. The government’s plastic bag charge also addresses 1% of the plastic that enters the sea.

The think tank said other well-publicised methods, which use buoys to remove litter from the open oceans, only tackle floating debris and so could only remove 2% of the plastic that gets into the sea. This is because most plastic sinks below the ocean surface or is ingested by animals.

According to Green Alliance analysis, the single most effective action would be to stop plastic bottles getting into the sea through a deposit return scheme (DRS). The largest proportion (33%) of plastic litter comes from plastic bottles, and this problem is likely to escalate as global bottle production is forecast to jump by 20 per cent by 2021.

Alongside a deposit return scheme, Green Alliance believes four other actions would reduce the UK’s contribution to plastic pollution in the sea by nearly two thirds in total:

Dustin Benton, acting policy director for Green Alliance said: “It’s depressing to visit a beach that is covered with plastic, and downright scary to learn that the seafood you are eating might be contaminated by plastic pollution. The popularity of the microbeads ban and plastic bag charge shows the public is up for tackling these problems. The government should listen, introduce a bottle deposit scheme, and enforce rules on sources of industrial waste. These simple steps would address two-thirds of the UK’s marine plastic problem.”

There has of course been much opposition to DRS, most recently from the Association of Convenience Stores (ACS) and the Scottish Grocers’ Federation (SGF) who said their research indicated that a deposit return scheme would negatively impact local shops.