Co-ordinated initiatives are the only way to Tackling Litter and prevent the UK from being a “rubbish dump”, according to TV presenter Jeremy Paxman. 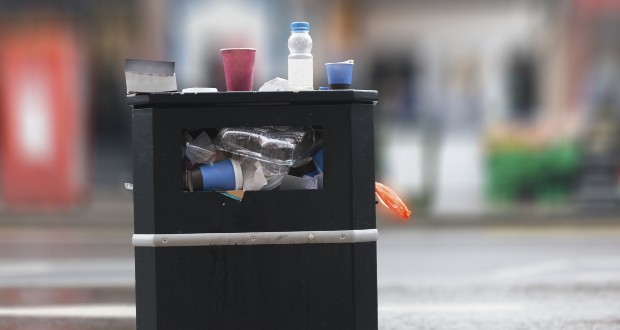 He was speaking at the Foodservice Packaging Association’s annual environment conference in Solihull. The event debated what the UK needed to do to Tackling Litter and examined the issue of recycling.

In his presentation, Paxman, who is patron of Clean up Britain, claimed that tackling litter costs local authorities £1bn a year. He added that while individuals are responsible for dropping litter, empty cans, bottles, packets and burger wrappers are the kind of advertising that no brand would want.

“This has become a filthy country,” he said. “What does living in a rubbish dump say about us? We have lost self-respect. Unless business acts differently then there will be taxes, laws and legislation changes.”

Paxman urged a co-ordinated initiative to tackle litter, calling for a raft of bodies to come together. He added that government had “failed to address the problem” and that it’s lack of financial support meant that the private sector needed to fund initiatives.

Also speaking on litter was Derek Robertson from Keep Scotland Beautiful, who gave examples of initiatives that had succeeded. He added that a “common voice and collective action will have an impact”.

The founder of Hubbub, Trewin Restorick, pointed to a month-long initiative in Villiers Street, central London, which engaged with the public and observed how people littered. He added over the month, litter dropped by 26%.

Emma Cunningham, senior pollution campaigns officer at the Marine Conversation Society, added that £15m is spent on removing beach litter every year. She added that plastic was a serious problem as it never biodegrades, “it just weathers down to smaller and smaller pieces”.

The issue of recycling was also debated at the conference with representatives of McDonald’s, Nestle and Veolia. 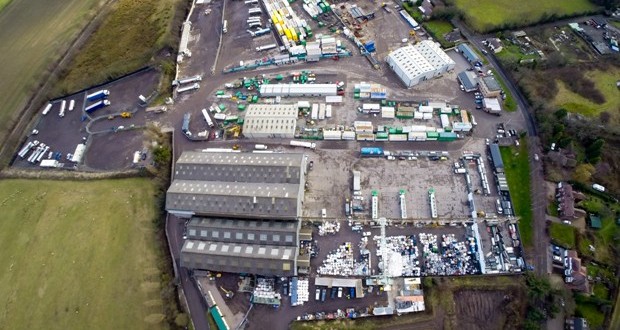 It brings to an end four years of Boomerang Plastics recycling operations, with all creditors paid and the site being cleared and equipment sold. A spokesperson told 12 staff have been made redundant, two of whom have been transferred to other divisions.

Boomerang Plastics was established in 2011 and expanded rapidly on the back of a contract to process used Muller yogurt pots. It comprised a unique processing line developed to separate the unusual mixture of part-clean plastic pots, yogurt, printed wrappers, card and foil – Warwick University was involved in the initial line design that addressed the issues of multiple materials and colours.

A line was conceived that harnessed cutting edge density separation technology, cold washing, hot washing, chemical separation and colour picking. Specialist software was used to map out the design intricacies of the plant.

It processed 150-200 tonnes of waste per week which enabled circulation back into the packaging chain.

Mike Jordan, managing director of plastics ancillary business Summit Systems and owner of Boomerang Plastics, said the business was plagued with a number of issues ranging from a 2014 arson attack that led to a relocation, a hike in both electricity and insurance prices, the plummeting price of oil and, ultimately, a lack of incentive to recycle in the UK.

Jordan said he would now be focussing on supplying the industry with recycling equipment.

“We are of course disappointed with the outcome, but, we have learnt some valuable lessons and have walked away ensuring all our creditors were paid. We will now be focusing on driving forward our successful new recycling systems business ‘Summit Recycling Systems’ which will design and build MRF and PRF sorting plants.”

The plastic recycling industry is going through tough times, with the low price of recycled material, high insurance and a lack of incentive to recycle in the UK have left many businesses unfeasible.

Globally, the market for plastics recycling is not getting smaller as plastic usage increases. However it is cheaper to recycle internationally where labour costs are low hence the UK market is shrinking.

There is also criticism about the UK’s recycling targets, which some experts claim are not genuinely met as collecting and exporting is not the same as recycling. 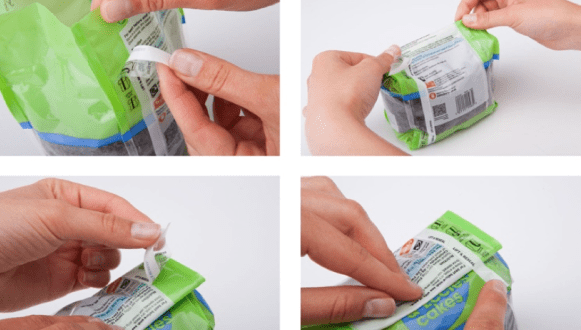 The Tesa Lift & Reseal pack can be used with a wide range of products and pack sizes, from small, high value snacks to economy budget products.

Peter Spencer, Tesa’s specialist segment manager, manufacturing said, the Lift & Reseal is designed to efficiently close packs more than 20 times, allowing consumers to reseal film-based food packs for the product’s lifetime. The tape strip remains adhesive all the way down as the packaging reduces in size.

It remains effective even if the adhesive face becomes dusty, retaining the freshness of the food items and reducing food wastage, said the company.

Spencer added: “The issue of food waste is obviously not just confined to the UK; European Parliament has established its own targets and the EU Commission has set out a resource efficiency roadmap, which foresees a 50% reduction in food waste, to be achieved by 2025. With our Tesa Lift & Reseal product being fast adopted worldwide, we are hoping that we can play a part in helping to deliver these targets.”

Waste recycling and waste management service ReFood said 7.2 million tonnes of food and drink thrown away every year and the national food industry waste costing an estimated £5bn per year, the UK has topped a poll of the highest waste of food in Europe. 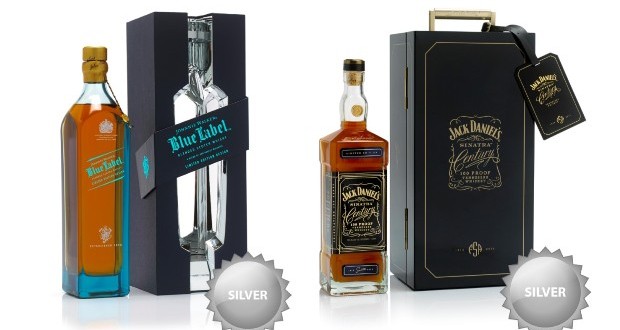 The Luxury Packaging MW was awarded Silver at the PAC Global Leadership Awards in a brand marketing category for Jack Daniel’s Sinatra, a limited edition whisky created to celebrate Frank Sinatra’s centenary year and his special relationship with Jack Daniel’s.

Each bottle is individually numbered and presented in an elegant, leather lined, midnight blue wooden box.

The second silver award, in the same category, was received for the Johnnie Walker Blue Gift Pack.

The outer packaging consists of rigid board, lined with premium paper that has been dyed and embossed, while the windows on the front and rear allow light to illuminate the whisky inside.

The reflective surface causes the light passing through the whisky to be projected onto the bottle and box interior. The pack is held shut using a magnetic clip, featuring the famous Johnnie Walker ‘Striding Man’ logo, attached to the side of the pack.

These redesigns were carried out last year.

Sainsburys recalls chicken. A selection of chicken meals from its stores as a result of misleading packaging. 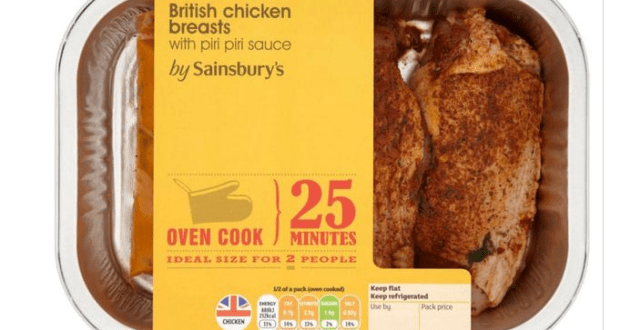 The supermarket giant Sainsburys said a number of products labelled as “Just Cook Chicken Breasts with Piri Piri sauce” actually contained chicken and bacon lattice instead – which includes milk and wheat in the ingredients.

The pork, milk and wheat were not mentioned on the label.

The food could be fatal for those with wheat or milk allergies, and could offend people who do not eat pig meat because of their faith.

A Sainsburys spokesman said: “It has been brought to our attention a small number of packs labelled Chicken Breasts with Piri Piri Sauce contain chicken and bacon lattice which has cheese, wheat and pork that are not declared on the label.

“As a precautionary measure, we are asking customers who have purchased this product to return it to their nearest Sainsburys store, where they will receive a full refund

“No other products or date codes are affected by this issue, and we apologise for the inconvenience this may cause.”