VCI paper will provide corrosion resistance for metal products for up to two-year shipping and storage cycle provided the goods are fully wrapped, packaged and stored in a cool dry area.

But why VCI paper:

VCI Paper, or Vapor Corrosion Inhibitor, paper emits molecules that settle on metal surfaces and form an invisible layer that protects from corrosion. It protects by interrupting the electrochemical corrosion process caused by moisture, oxygen and contaminants in the atmosphere.

Designed to protect against rust and tarnish primarily of ferrous metals, VCI (Volatile Corrosion Inhibitor) paper will assist
in the long-term protection of steel, cast iron, copper, brass (with Zn content up to 20%), bronze in both transit and storage.

Simply store or ship the parts wrapped in VCI paper and they will stay dry, clean and rust-free. Due to the design of
this advanced product, it protects without leaving a greasy or waxy residue, meaning that the goods can be used
immediately without any cleaning procedures.

This paper slows the process of corrosion; it cannot remove any corrosion that has already formed before wrapping.

VCI Anti Rust Paper is commonly used for the protection of metal parts in engineering, engines, drills and large iron items such as gates and railings.

It has eco property’s:

The paper can be treated as normal paper waste and is recyclable.

We also recommend that if storing goods, they are to be re-wrapped after two years to extend the period of protection. Providing goods are wrapped in cool dry areas, this paper forms effective protection for a variety of metals.

Amazon criticised on social media for using up to 45ft of packaging paper to protect a wall calendar.

One customer posted images of the over-sized paper packaging; Annie Gelly purchased the £9 Collins A2 calendar online expecting it to arrive in a Jiffy bag or envelope and was shocked to see ‘such a waste’ of paper.

“The calendar arrived last Thursday and it has masses of paper in the box – there were nine lengths of screwed-up brown paper which measured about 45ft in total.

“Amazon always package stuff this way – I’ve had things like this in the past and they’re particularly prone to it – but this really took the biscuit. I think it’s bad for the environment and you would have thought Amazon of all people would be aware of that kind of thing and try to be more careful.”

In another order, the length of paper was 26ft long.

That unnamed customer said: “I know that the paper they use is recycled, but I can’t help but think Amazon are still chopping down the rainforest. It was so excessive – but on the plus side, I won’t need to buy any wrapping paper this Christmas.”

“These initiatives have grown to include more than 1.2 million products over time and have eliminated more than 36,000 tons of excess packaging just in 2015. If executed well, our innovations will also help us to reduce prep, packing material and shipping supplies and reduce our operational costs by increasing the use of recycled materials. They will also increase the overall density of the packages we ship – good for transportation savings and less waste for our customers – and reduce the things that get damaged in transit and eliminate wasted packaging.”

International Paper Foodservice Europe has won the Breakthrough Supplier of the Year Award.

It was awarded in recognition of its work to develop the innovative, grease-resistant food bucket.

Over a two-year period, working closely with KFC UK and Ireland, the in-house team at International Paper Foodservice Europe’s headquarters in Winsford, Cheshire, designed, manufactured, trialled and brought the food bucket to market.

The food bucket uses a robust, resistant lining which prevents the build-up of excess oil to improve food presentation and removes plastic from the construction of the product.

Further development work targeted the outer of the container to give it extra visual impact.

KFC UK and Ireland wanted a glossy finish, but that needed to be achieved without the addition of a plastic coating.

International Paper developed a clay-coated finish that brings extra vibrancy to the print.

Dayo Akinlabi, Supply Chain Manager at KFC UK & Ireland, said: “Our bucket is a truly iconic piece of packaging, but we’re always looking to innovate when it comes to the presentation of our food. It was great to be able to recognise the International Paper Foodservice European team with this well-deserved award. Their collaborative approach led to them delivering an excellent final product – congratulations again to the whole team.”

Mike Turner, managing director of International Paper Foodservice Europe, said: “These awards are attended by some 400 suppliers to KFC and the Breakthrough Supplier of the Year Award is one of the most prestigious. It has taken determination, technical capability and expertise to develop this truly unique, pioneering product and bring it to market. To be recognised with such a prestigious award is an accomplishment the entire team at Winsford – across all disciplines – should be very proud of.” 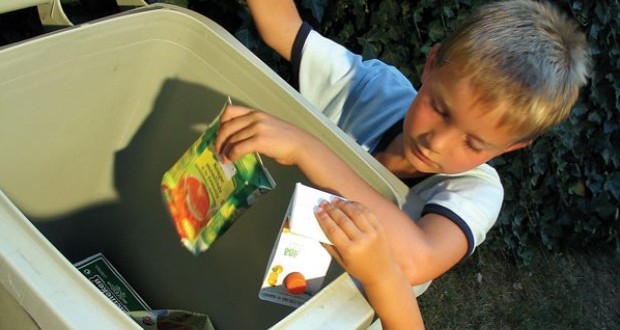